Are You Prendivillian?
Write to us.

Are you a Prendivillian? Update your information below to receive update from the College. 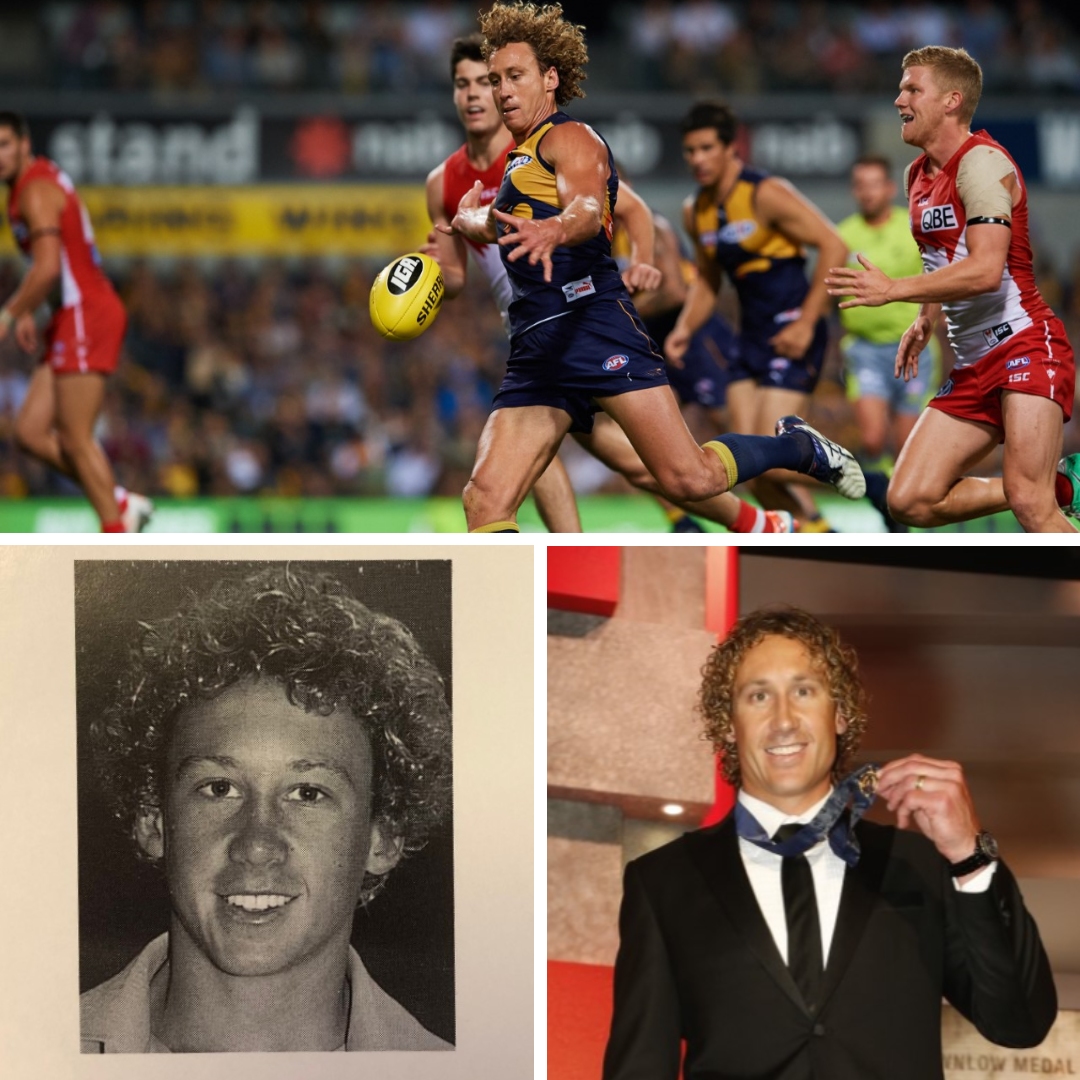 One of College ovals was named after Matt Priddis in 2019.

“I started Prendiville in 1998 and that was the year that the Gym was built which I thought was awesome. But my most important memories are of the friendships I made and the nice community feel that is Prendiville. It is a College that sometimes goes under the radar of the high profile schools but it is something special.

I didn’t play much school footy but I got involved in every sport. I did Cross-Country and played Basketball. Our Year 9 basketball team took out the State title and we won the 2000 Quit Smoking Football Cup. I also won the ACC Cross Country in 1999 which was pretty cool. I just love competing – learning how to win and deal with loss, nerves and external pressures. There were so many opportunities for interschool competition both at a team and individual level and we learnt a lot of qualities that help with life not just school”.

Prendivillian Tarni Golisano (2013) is a pioneer of the footballing kind. Drafted as a Free Agent for the Dockers during the week will see Tarni be a part of Australian Rules football history, nationally, when the first ball is bounced in 2017.

“I was nervous that I hadn’t been picked when I saw the list when it first came out, but it was a mistake. I was happy about the mistake, I can tell you!”, said Tarni when we first managed to catch up with her yesterday. We are more than happy about the little glitch, Tarni. Good Luck; and just maybe you’ll be a part of a first ever Premiership for the DOCKERS!

Prendiville Day saw the launch of Thoroughly Modern Millie, Prendiville’s musical production for 2017. Starring in the launch was ex-student Kiara Macri who will be helping produce the musical.

Since graduating in 2013 Kiara has been focusing on getting experience in the musical theatre industry; travelling to New York and Melbourne, meeting some wonderful people and being in as many community theatre productions as possible. Last year she completed a Certificate IV in Music Theatre at WAAPA, which was a dream come true. This year, Kiara is taking a gap year to continue improving her skills and expand her knowledge. She is currently starring in Limelight Theatre’s Glorious Old Time Music Hall between playing acoustic arrangements of contemporary songs for local bars. Kiara also now works for West Coast Music School, an independent organisation of mentors who teach music to a broad variety of musicians of all ages, teaching singing, piano and theory. Kiara says that her teaching style is heavily inspired by Miss Broderick’s!

Kiara is honoured to be asked to help produce Prendiville’s 2017 musical production of Thoroughly Modern Millie. Not only is it one of her favourite musicals but it has given her the opportunity to return to the school where her passion was nurtured. Kiara says that being involved in Prendiville’s previous musicals was by far the highlight of her high school career and is excited to now be a part of it from behind the stage.
We look forward to seeing more of Kiara at Prendiville as she helps produce next year’s musical. Watch out for more news on Thoroughly Modern Millie as the musical production gains momentum.

It’s FLASHBACK FRIDAY and time to recognize those who once wandered the corridors of our great College. Prendivillian Jack Dunne (2013; cover shot of Jack performing at Redmond Theatre), has been in Sydney for the past two years furthering his Dance prowess at the nationally renown performing arts training facility, Brent Street. Jack has recently been offered a contract as a Dancer in China, Beijing to be more precise, for the rest of 2016. Then Jack concentrates his un-bounding energy on a contract as a Dancer aboard the Royal Caribbean Cruise lines in 2017. We continue to follow your brilliant career Jack, Good Luck!